A free demo has launched on the Switch eShop for Fitness Boxing 2: Rhythm & Exercise, an upcoming fitness title from Nintendo and developer Imagineer.

The demo will give players the chance to try out the Daily Exercise and Free Training modes available in the full game. You can play these alone or with a friend to see how you get on before the main course launches on 4th December.

Earlier today, we shared our early hands-on impressions with the full game, noting that it’s essentially a case of ‘more of the same’ after the original game’s release almost two years ago. If you’re interested in learning more about it, we’d urge you to check that out.

For now, though, we’ll leave you with this official description. You’ll find the demo available on the Switch eShop as we speak.

Jab, uppercut, and dodge along with the rhythm of three original songs to score as many points as possible. Players can start their daily boxing routine in Daily Exercise mode for a guided workout, or build their own session from scratch in Free Training mode. The six original instructors from the first Fitness Boxing game are back, and three new instructors are joining the ring: Karen, Hiro and Janice. These personal trainers will be here to support and encourage players during their workout sessions. Friends and family members can each use one Joy-Con for a two-player training session, working out together.

Hands On: Fitness Boxing 2: Rhythm & Exercise – More Of The Same, And That Might Be Fine

The first Fitness Boxing launched two years ago, when Nintendo and developer Imagineer presumably decided it was their duty to eradicate obesity around the world. Last time we checked, though, a load of us are still packing plenty in the podge department, so now the pair are back with a sequel to make sure they get the ruddy job done this time.

At its core, Fitness Boxing 2 doesn’t appear to be massively different from the first one. Although we’re still only scratching the surface at this stage, the general gist seems to be similar: choose a workout, swing your Joy-Cons to perform certain punches to the beat, get a score based on your accuracy, feel a bit sweaty, wake up the next day with sore arms and repeat. This was a formula that worked well enough in the first game, so if it ain’t broke and all that.

One new addition, however, is three new trainers to accompany the six that were already in the first game. You’re introduced to the first of these, Janice, in the tutorial that appears when you play the game for the first time and she’s frankly terrifying. Whoever recorded the English voiceover for her was probably told to sound energetic, but it comes across as frantic, intense and downright intimidating. She often talks extremely quickly (presumably so her lines fit over whatever the original Japanese lines were), meaning she’ll regularly yell “OKAYTHAT’SGOOD” at you, which can be somewhat jarring during what’s supposed to be a relaxing cooldown exercise. 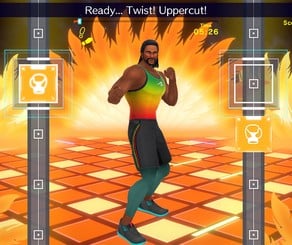 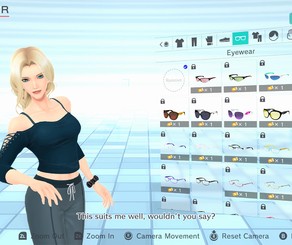 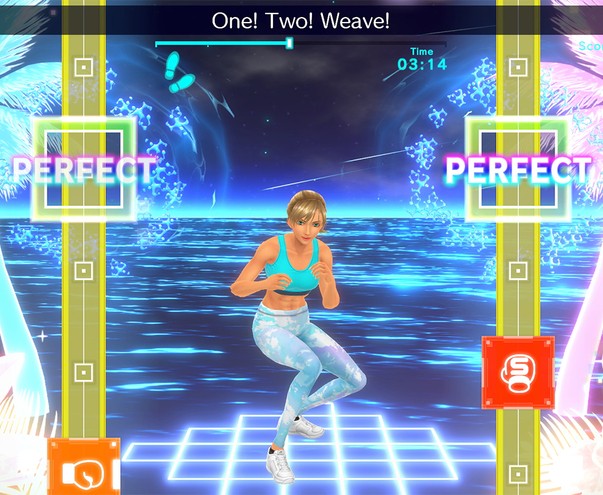 As before, you can unlock new costumes for your trainers, but this time the process appears to be a bit less repetitive. Before you unlocked specific outfits when you hit certain milestones, some of which required some serious long-term effort on your part. This time you unlock clothing items with tickets, which are given to you when you complete various achievements. Although it’s too early to look into the achievement system in any real depth it looks like there’s a load of them, and the game was throwing tickets at us like confetti in the first couple of hours we’ve spent with it. We even got an achievement for dressing up our trainer in clothes they don’t like, as if it was Style Savvy or something.

The actual workout sections themselves seem to have changed the least: though again, we should stress, we’re still very early in the game and for all we know, there’ll be a bunch of new punch styles introduced later on. At the moment we’re still performing the same jabs, straights, hooks and uppercuts we were doing in the previous game. The only noticeable change at this stage is a new gauge that fills up as you perform perfect hits. When this fills to the top, you’ll trigger a score multiplier and the background will go all psychedelic to denote that you’re in ‘the zone’ or some such nonsense. 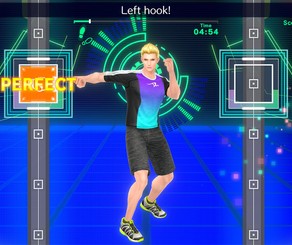 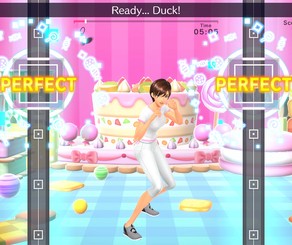 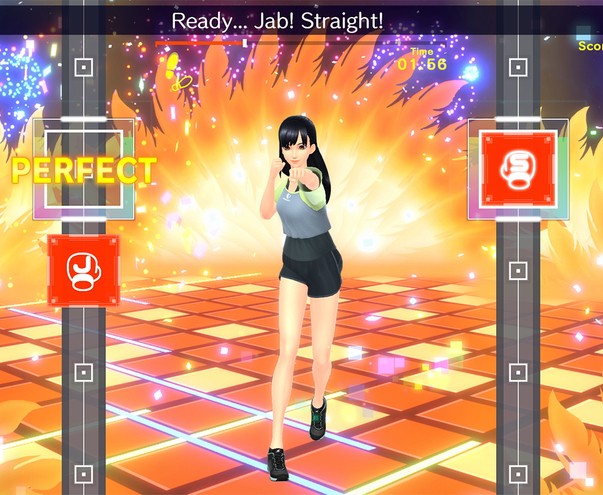 If you weren’t a fan of the instrumental, karaoke versions of

“Results from Rhythm’s pivotal Phase 3 studies, which are the largest studies to date in POMC and LEPR deficiency obesities, provide evidence regarding the safety and efficacy of setmelanotide and we believe they validate its potential long-term use as a novel treatment for severe obesity and hyperphagia,” said co-author Peter Kühnen, M.D., Institute for Experimental Pediatric Endocrinology, Charité Universitätsmedizin Berlin, Germany. “It is important to recognize the signs of these rare genetic disorders because we may soon have a targeted treatment option available for the first time for obesity disorders caused by impairments of the MC4R pathway.”

Rhythm initially reported positive topline data from the Phase 3 studies in August 2019 and subsequently presented updated data in a late-breaking research forum during the 37th Annual Meeting of The Obesity Society at ObesityWeek® 2019.

“These results are significant because, as we know from natural history data, individuals living with POMC or LEPR deficiency obesity consistently experience substantial weight gain each year beginning in early childhood, and we would not expect any of these patients to be able to achieve 10 percent weight loss over the course of a year without continued treatment,” said co-author Karine Clément, professor of nutrition at Pitié-Salpêtrière hospital and Sorbonne University in Paris. “These data and the significant unmet need to address the obesity and hyperphagia caused by rare genetic disorders of obesity underscore the importance of testing for genetic variants that may impair MC4R activation and lead to severe obesity.”

In May 2020, Rhythm announced that the U.S. Food and Drug Administration (FDA) accepted the company’s New Drug Application (NDA) for setmelanotide for the treatment of POMC deficiency obesity and LEPR deficiency obesity, granted Priority Review of the NDA and assigned a Prescription Drug