As the COVID-19 pandemic continues to devastate the United States, many employers are reevaluating their sick leave, work from home and disability policies to accommodate their employees, especially those now known as COVID-19 “long haulers.”

Working from home has become the de facto policy of many white-collar job employers, but employees in blue-collar or essential jobs may still be required to show up in person. This has brought up complex and thorny questions about how employers should best protect their workers while on the job.

The novel coronavirus has also brought up concerns about companies’ traditional sick leave policies. At this time, if employees do get sick with the virus, they could turn out to be asymptomatic, they could get sick and then quickly recover or they could experience aggressive symptoms and need further care. Some may need more time to recuperate than the standard two weeks of paid sick leave allows.

Some people could experience symptoms for weeks or months, and could end up needing long-term disability coverage; these people are the ones now being referred to as COVID-19 long haulers.

MORE: Twitter says it will allow employees to work from home ‘forever’

“The first concern of all employers should be for the health and safety of their employees,” said Dr. Sachin Jain, an internal medicine physician, the CEO of SCAN Health Plan and the former CEO of CareMore. “Employees who return to work too soon put both their own health and the health of their co-workers at risk.”

Different companies are choosing to manage these COVID-19 complications in different ways, and many are reconsidering their in-person work setups.

“Companies should encourage employees to track their symptoms, share that information with their physicians and take [medical] leave as appropriate,” said Dr. Asha S. Collins, the U.S. country head for country clinical operations at Genentech. “We still have a lot to learn about this virus.”

When an employee becomes a COVID-19 long hauler, employers should encourage him or her to stay home in isolation, so as to protect his or her colleagues and family members.

“If an employee has symptoms of COVID-19, their employer should work with them to ensure that they have the time and space they need to recover from their illness before they return to the office,” said Jain.

According to some experts, COVID-19 could be considered a chronic illness if a person has persistent symptoms.

“[They] fall into the same category as any chronic illness with lingering requirements to have persistent care,” said Dr. Ken Abrams, the managing director and chief medical officer at Deloitte.

Employers should be prepared for this, and — if they don’t already — make sure they have policies in place to ensure that those with chronic illness are not discriminated against, Abrams said.

“It is important for us to promote the importance of recognizing the difference between infectious versus recovered, and should not be discriminating against 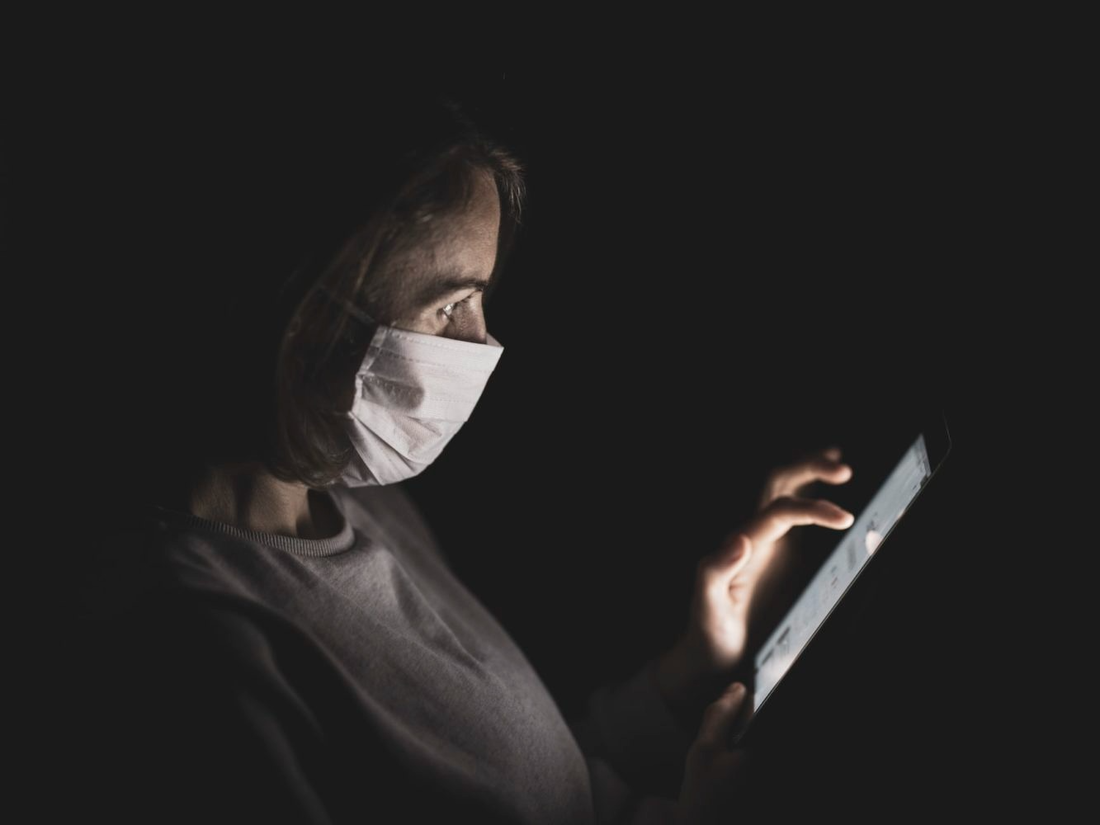 Patients with “Long COVID” have relied on social media groups to get through the worst of their symptoms. Doctors at the GW COVID-19 Recovery clinic hope to provide treatment and medical research to support them.

Maureen would have been in her last year at the Georgetown University Law Center this fall, living in an apartment on H Street and preparing to graduate — in person or virtually — this spring. Instead, she deferred this past semester and has been at home in Upstate New York for months, passing time while she waits to start classes again in January.

It’s one of the ways her life has been sidetracked for the better part of a year. Maureen counts herself among the long-haulers, people who suffer from “Long COVID,” a lingering, rotating onslaught of symptoms that has affected patients of all ages and stumped doctors worldwide.

“I’ve been really healthy up until this point,” says Maureen, who preferred not to use her last name for privacy reasons. “I ran cross country in college. I was still trying to do five to seven miles of running a day. And this has just been absolutely debilitating.”

After experiencing all the symptoms associated with the disease caused by the novel coronavirus — headaches, fatigue, a sore throat, shortness of breath, body aches — Maureen still thought it couldn’t be COVID-19. She’d been social distancing, washing her hands, and wearing a mask. And besides, she was only 24 years old. “But I had the purple fingers and toes,” she says. “Once the COVID toes presented themselves, I did end up getting myself tested.”

But the test came back negative.

She and other long-haulers who spoke to DCist say one of the biggest challenges they’ve faced has been testing. They got sick in March or April, back when the District had testing shortages and there was widespread confusion about who had access to them. When these long-haulers were finally tested, they received false negative results — or, at least, it would appear that way since they still had symptoms. 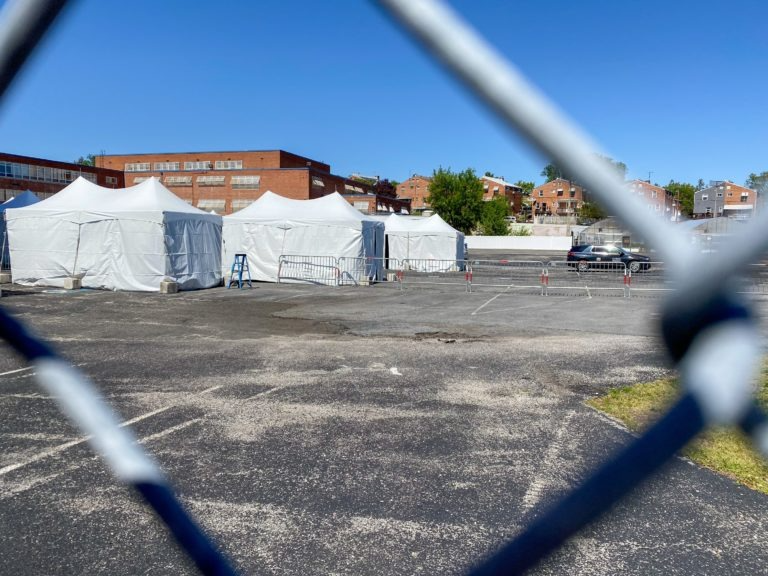 A COVID-19 testing site in Fort Totten. Long-haulers say one of the biggest issues they’ve faced is getting accurate and timely test results.

Despite her negative results, doctors told Maureen: “You definitely have COVID — just ride it out for 30 days,” she says. “But I’m still riding it out.”

The specialists she saw, including a pulmonologist, cardiologist, rheumatologist, and hematologist, weren’t able to provide many answers about what her specific condition was and how to treat it. Maureen says one told her, somewhat dismissively, “You know, anxiety manifests itself in the body.”

Her condition has become the subject of peer-reviewed studies and massive online support groups — some have even begun lobbying Congress about Long COVID.

Maureen turned her attention to friends in New York and found informative articles online, including a June feature published in The Atlantic, which made the

For COVID Long Haulers, Knowledge and Empathy Are Key to a Cure | Healthiest Communities

What is also undeniable is how ill-prepared the health system seems to be to meaningfully help these COVID “long haulers” return to wellness. In fact, the presentation of this apparent post-viral syndrome has stumped experts and clinicians who have struggled to find guidance on how to treat the condition. This hard reality has prompted long haulers to create or join social media-based support groups in search of answers, advice or, at the very least, solidarity.

The question, then, is: Why are we so stumped by these post-COVID long haulers?

Many medical providers have not received training on how to diagnose or treat the types of complex multiorgan disease triggered through the disruption of immune, endocrine, nervous and cardiovascular systems. Moreover, this lack of training has perpetuated the stigma that ME/CFS and similar conditions are not real. This is aggravated by the lack of a diagnostic test and the fact that most of the usual medical tests, ordered for nonspecific symptoms such as fatigue, are likely to show no abnormalities.

Although these results can provide relief that the cause of a patient’s problems is not cancer or organ failure, the related “everything seems to be fine” talk minimizes the patients’ symptoms, invalidates their experiences and marks the beginning of a lonely road. Patients blame themselves for not shaking symptoms off. As time goes by, they may perceive or be outright told that their symptoms are psychological, implying they just need to try harder to feel better. Since ME/CFS appears to be an inflammatory brain condition that can also cause anxiety or depressive symptoms, many patients are referred to mental health services, reinforcing the perception that the problem must be “in their heads”.

To be sure, there is increasing recognition that treating post-COVID-19 syndrome will require biologic and holistic approaches, as well as extensive research. These insights have led to the creation of treatment centers to try to assist these patients. Experts have published management guidelines that can aid these centers.

However, initial approaches may create challenges. Although protocols that emphasize physical therapy and cardiovascular and respiratory rehabilitation offer a correct approach in general – particularly for those who were hospitalized – there are important caveats. Many patients with disabling symptoms will have normal respiratory and cardiac function, and related tests, although necessary, may not clarify the cause.

In addition, the traditional type of physical therapy recommended for ME/CFS by what is now considered a flawed study can backfire and make symptoms worse. In fact, research has shown that pacing is a pivotal component in the management of ME/CFS. Rehabilitation should be personalized, go slow and be monitored for relapse, recognizing that neuroinflammatory illness can “flame on” when pushed too hard.

As physicians and investigators ourselves, we understand the challenges of creating treatment guidelines in the absence of a significant body of research. However, while studies are being conducted, we ought to use the evidence that does exist on ME/CFS and related conditions, such as mast cell activation, to deploy the multidisciplinary