Doctors Have a Problem with Fat Shaming and Fat Phobia

Let me tell you a joke. An overweight woman walks into her doctor’s office and says, “doctor, it hurts when I bend my arm.”

Unfortunately, that’s the reality for some overweight and obese people seeking medical treatment, including me. I remember the first time I realized my medical provider was more interested in my weight than my actual health. I was 23 years old, living on my own in NYC, and it was one of the first times—if not the first—I had made my own doctor’s appointment. In spite of my begging and pleading, my medical provider at the time completely dismissed my symptoms of persistent mental fog, memory loss, and depression. Instead of helping me, my doctor “prescribed” weight loss via vigorous exercise, because “exercise releases endorphins and endorphins make you happy!” (Yep, they quoted Elle Woods, the character from Legally Blonde, at me). It wasn’t until almost a decade later, at the age of 29, that I was properly diagnosed with adult attention-deficit/hyperactivity disorder (ADHD), a mental health disorder that affects every part of my life.

I suffered for years with the belief that everything I was feeling was a side effect of my weight, not realizing that I had an underlying problem that my medical provider failed to identify. And I am not the only one.

Multiple studies have shown that due to medical practitioners implicit biases against fat bodies, overweight patients may receive worse care than our straight-size counterparts; and it can lead to deadly consequences. Some experts argue that when overweight patients present symptoms doctors may not take them seriously, and the patients’ actual issues can go undiagnosed. In one study of over 300 autopsy reports, those who were overweight were 1.65 times more likely than others to have significant undiagnosed medical conditions, including serious conditions like endocarditis (an infection of the heart) or lung carcinoma (a cancer that begins in the lungs). Meaning that while other patients might be given life-saving tests and care such as CT scans and MRIs, overweight patients with the same symptoms might just be told to go home and lose weight.

“Yes, there is a weight bias in the medical community,” says Priscila Rodrigues Armijo, MD, Assistant Professor and Researcher at the University of Nebraska. Dr. Rodrigues Armijo has been conducting research on how environment and the total life of an overweight and obese patient should be a deciding factor in the treatment they receive from their health-care provider.

“The bias exists in not only how the [medical provider] sees the patient, but how they even interact with the patient, which is a problem,” says Dr. Rodrigues Armijo.

Fat Patients Fear Going to the Doctor, to Our Detriment

I didn’t realize it at the time, but the lack of diagnosis was the least of my issues with my then-doctor. Their not-so-subtle distaste for me and my fat body continued to bother me long after

The study, which was published in the journal Molecular Metabolism last week, explored the effects cold temperatures and vitamin A had on converting white fat, which is where excess calories are stored, to brown fat, which “stimulates fat burning and heat generation.”

More than 90% of the human body’s fat deposits are white fat, which is stored in the abdomen, bottom and upper thighs, the study shares.

Cold temperatures applied to mice was found to increase vitamin A production, which resulted in higher fat burning.
(iStock)

According to the findings, cold temperatures increased vitamin A levels, which helps convert white to brown fat, thus stimulating fat burning. Vitamin A reserves are mostly stored in the liver. Once cold was applied to the mice in the study, the increases in “the levels of vitamin A and its blood transporter, retinol-binding protein” led to a higher rate of fat burning as the white fat converted to brown as the body attempting to keep itself warm.

Alternatively, when “the vitamin A transporter ‘retinol-binding protein’” was blocked in mice, the fat did not “brown” and the mice were unable to protect themselves from the cold.

FITNESS INFLUENCER SHOWS HOW ‘BEFORE AND AFTER’ PHOTOS ARE MANIPULATED

The study is promising in finding solutions to dealing with weight gain and obesity. Though the study’s lead researcher, Florian Kiefer from the Medical University of Vienna, cautioned against taking large quantities of vitamin A supplements in an effort to lose weight.

WOMAN LOSES 117 POUNDS AFTER BEING TURNED AWAY FROM BRIDAL BOUTIQUE

“Our results show that vitamin A plays an important role in the function of adipose tissue and affects global energy metabolism. However, this is not an argument for consuming large amounts of vitamin A supplements if not prescribed, because it is critical that vitamin A is transported to the right cells at the right time,” explains the MedUni Vienna researcher. “We have discovered a new mechanism by which vitamin A regulates lipid combustion and heat generation in cold conditions. This could help us to develop new therapeutic interventions that exploit this specific mechanism.” 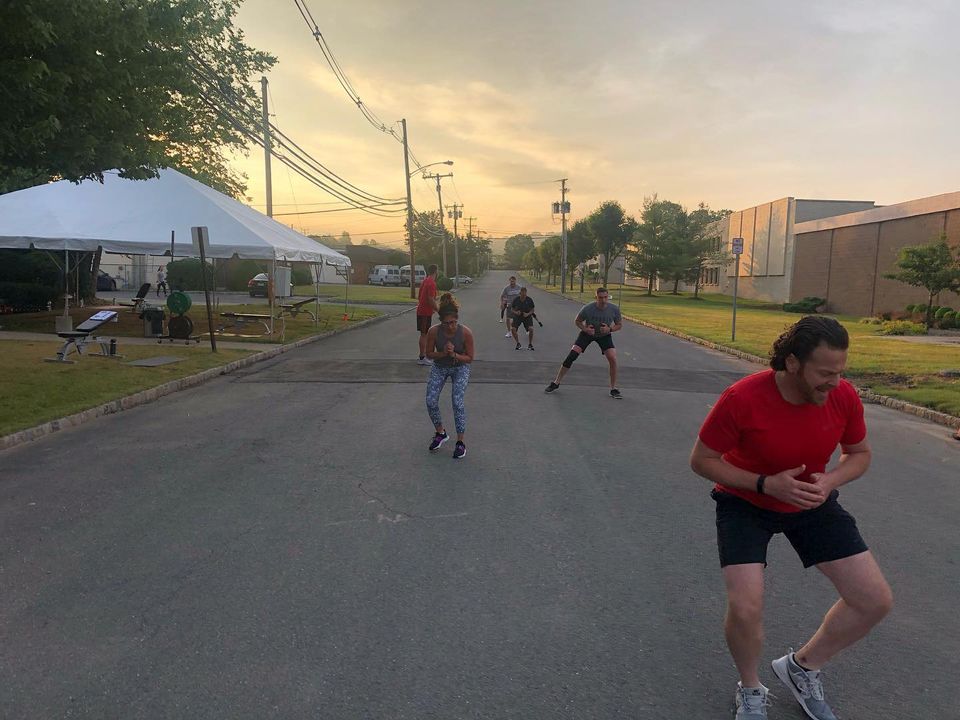 The fitness trainer went on to provide specific information about the fat loss after 40 book. According to the Fitness coach Berkeley Heights, the main topic covered in this book include the proper ways to lose 10-15 pounds in 6 weeks.

Gabriele Fitness & Performance also highlighted specific information about weight loss after 40. According to the trainer, people over 40 can lose weight without fad diets and body exercises that beat up their bodies. The fitness trainer stated that people could regain control over their health and weight if they get nutrition and fitness program that is right for them. The team also said that personal trainers can make one regain energy and have a more active life. Gabriele Fitness & Performance thus stressed on the importance of having the right nutrition and fitness program that is tailored to one’s preferences and needs. The trainer affirmed that they are glad and more than willing to help people who are over 40 with their weight loss needs and care.

Gabriele Fitness & Performance is a personal fitness trainer in Berkeley Heights. The trainer helps and assists people aged 40 plus lose weight through customized nutrition and fitness program that suits them. The staff is an expert in helping people gain energy, lose weight and add more life to their years without fad diets and workouts that strains their bodies. For more information, contact Gabriele Fitness & Performance today.