Paul John Scott’s book “Malcharist,” while imminently entertaining, is also thought-provoking and deeply disturbing. It invites the reader to consider the perils created when science succumbs to marketing while telling a tale about side effects, suicide, patients, doctors, journalists and medical ghostwriters.

Scott is an established journalist currently employed by Forum Communications. While he’s written for publications like The New York Times, Cosmopolitan and Men’s Health, his debut novel exhibits a knack for both clever dialogue and making dense ideas enjoyable.

What was the process like, bringing the book from concept to publication?

I used to spend a lot of time waiting for an editor to let me write articles on some of these subjects in “Malcharist.” They were kind of radioactive, is my impression. I also had been wanting really badly to break out of the journalism drudgery of needing to constantly learn something new in a hurry, polish it for weeks, and then drop it forever. I had been excited to write about small conversations people have with each other, all these funny thoughts a person has all day.

So one day back in about 2012, I must have become extraordinarily frustrated while waiting for an editor to email me back because I turned to my heroically understanding wife and said I think I want to just write a novel. I told her it would take no more than six weeks, and it ended up taking eight years.

I bought books on how to write novels. I had no idea how to write dialogue or point of view or plot or backstories. It was all exposition, people blabbing on and on. I threw out hundreds of pages. I stopped and started. I hired an editor. I renamed the book, the characters, changed the setting. I showed early drafts to friends, and, after one really brutal evaluation, I put it away for a year. I was too stubborn to move on.

What did a typical day of writing “Malcharist” look like for you?

No real typical day. I had an idea of a beginning and an end, and even bought a whiteboard and notecards to plot out the in-between, but I never used it that much. I wrote things on napkins and stole phrases I liked from people who say clever things and go back to jam them in the book. I would write a scene and polish it to death and eventually come to hate it. There was lots of procrastination on social media, until one day I quit Facebook just to free up time, and that really helped a lot.

The first 100 pages came easy, the second 100 pages were filled with doubt and despair, and then I found I had hundreds of pages more in me as the end approached. Sometimes I would work in the early evening just to salvage the day’s output, but I tried to never work past 10 because it was usually not as good in the morning as you thought

HONG KONG, Nov. 5, 2020 /PRNewswire/ — This month on CNN’s ‘Vital Signs’, Chief Medical Correspondent Dr. Sanjay Gupta explores the world of snake venom and toxin-derived medicine, and learns how some of nature’s deadliest creatures are helping to save lives. As we have seen with the origins of the Covid-19 pandemic when a virus jumped from animals to humans, understanding the relationship between the two is only going to become more critical. 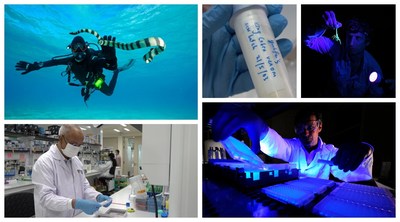 Deep in the heart of Vietnam, scientist and adventurer Zoltan Takacs is looking for what most of us would rather not find: the green pit viper snake. He explains how the venom from creatures like this is a goldmine for medicine. Dr. Gupta learns how Takacs and his partners created a toxin library, where researchers can see what toxins work best together and replicate them in a lab to create highly-selective treatments.

CNN then speaks with world-renowned toxin biologist Professor Manjunatha Kini from the National University of Singapore, whose lab works to identify the individual molecules that make up any one venom. His research has helped him isolate and identify toxins which can be used to potentially develop drugs for various disorders.

CNN also hears from San Francisco-based geneticist Sekar Seshagiri, who reveals that obtaining the genetic blueprint of a snake is key to creating a defined anti-venom. Seshagiri and his partners accomplished what is now considered the most complete snake genome ever assembled. Dr. Gupta learns how this information could be used to create a specific anti-venom to treat snake bites, a significant health issue in many parts of the world.

Finally, ‘Vital Signs’ meets Dr. Sandeep Nathan from University of Chicago Medicine, who has been treating cardiology patients with venom-derived medication for years. Dr. Nathan discusses its use and its importance in the future of drug development.

CNN’s portfolio of news and information services is available in seven different languages across all major TV, digital and mobile platforms, reaching more than 475 million households around the globe. CNN International is the number one international TV news channel according to all major media surveys across Europe, the Middle East and Africa, the Asia Pacific region, and Latin America and has a US presence that includes CNNgo. CNN Digital is a leading network for online news, mobile news and social media. CNN is at the forefront of digital innovation and continues to invest heavily in expanding its digital global footprint, with a suite of award-winning digital properties and a range of strategic content partnerships, commercialised through a strong data-driven understanding of audience behaviours. CNN has won multiple prestigious awards around the world for its journalism. Around 1,000 hours