The Fitness and Wellness Industry’s Latest Advice: Give Yourself a Break

Life must be in a rough patch when even the fitness and weight-loss folks are telling people to take it easy.

With cocktail parties and celebratory dinners largely canceled by the pandemic, many purveyors of well-being aren’t issuing their usual holiday missives urging customers to resist second helpings, dodge the cookie tray or mind the nightcaps. Instead, weight-loss programs, fitness apps and lifestyle brands are emphasizing ways that users should be kinder and gentler to themselves.

“A lot of people aren’t celebrating Thanksgiving with the broad family they’re used to, so they’re looking for other moments of joy,” says Mindy Grossman, CEO of WW, formerly known as Weight Watchers. “Part of that is showing them what they can do for themselves.”

Last week, WW launched a new program called myWW+, which includes app tools that allow users to more closely track their mindset and sleep, in addition to their food intake and exercise. Earlier this year the company started a hydration tracker for users to record how many ounces of water they drink each day.

The idea behind these new wellness goals? Letting people find some type of success even when eating and exercise don’t go well. During the shutdown’s early months, 36% of Americans gained weight, with women putting on an average of 10.7 pounds and men 15 pounds, according to a WW survey of 1,004 U.S. adults in May.

MADRID — Spain’s total number of COVID-19 infections has climbed to more than 1,240,000, but the government said Monday it won’t be introducing stricter lockdown conditions for now.

Over the weekend, a spate of violent protests in a dozen cities were held in response to a nightly curfew introduced last week in Spain. Mostly young protesters set fire to vehicles and trash cans, blocked roads and threw objects at riot police.

Spain’s Minister for Inclusion, Social Security and Migration, José Luis Escrivá told Antena 3 television Monday that “this kind of behavior is to be expected” as people grow weary of restrictions against the spread of COVID-19.

The Health Ministry reported just over 55,000 new cases in Spain since it last published official figures on Friday. More than 36,000 people have died in Spain since the pandemic began.

Asturias, a region on the north coast, asked the national government to order people in the province to stay at home for two weeks.

The Health Ministry refused, saying it is waiting to see the results of the central government’s latest restrictions, introduced last week. A strict lockdown from March to June brought down the number of cases but hit the economy hard.

HERE’S WHAT YOU NEED TO KNOW ABOUT THE VIRUS OUTBREAK:

— America stands at a crossroads the day before Election Day, facing a stark choice between candidates in the midst of historic pandemic

— U.S. hospitals are scrambling to hire more nurses as the coronavirus pandemic surges, leading to stiff competition and increased costs.

— The BBC says Britain’s Prince William had the virus in April, around the same time as his father Prince Charles

HERE’S WHAT ELSE IS HAPPENING:

GENEVA — A top World Health Organization scientist focusing on the coronavirus response says there has been no transmission or clusters at the agency’s Geneva headquarters.

Maria Van Kerkhove, the WHO’s technical lead on the COVID-19 pandemic, made the comments to reporters after the U.N. agency’s chief, Tedros Adhanom Ghebreyesus, announced that he was starting a self-quarantine after coming into contact with a person who tested positive for the virus.

“I am well and without symptoms, but will self quarantine in the coming days in line with WHO protocols,” Tedros said via video conference from his home during a regular WHO news conference on Monday.

Van Kerkhove said the agency was tracking all cases among staff and carrying out contact tracing to ensure that transmission wasn’t taking place at its Geneva headquarters.

“We traced it back to employees eating a meal together in a break room, and obviously when you eat a meal you take your mask off, and they contracted it from one employee who was positive,” Holyoke CEO Spiro Hatiras told Western Mass News.

Hatiras said the hospital has since put capacity limits on break rooms.

The employees who became ill began to show symptoms two weeks ago. Of the 15 who tested positive, 10 worked exclusively in the emergency department, according to reports.

As of Monday, two staff members were cleared to return to work. The rest remain at home, according to the local news outlet. The hospital did not return a MedPage Today request for comment as to their various conditions.

Hatiras warned about “COVID fatigue,” even among hospital employees: “We want to make sure that people interpret the guidelines appropriately. What you find sometimes with this fatigue is that 6 feet sometimes becomes 5 feet, sometimes 4 feet.”

Holyoke Medical Center is located just north of Springfield, the third largest city in Massachusetts. The town of Holyoke recently scaled back to the first of its three-step pandemic reopening, according to a local television report, because the region has been hit by a resurgence of COVID-19 cases.

It is one of a few western Massachusetts communities considered high-risk, according to a state database, with 12.7 average daily cases per 100,000 people and a 2.5% positivity rate as of the end of last week.

Holyoke Medical Center has 1,200 employees and 198 beds, according to its website. It is part of Valley Health Systems but identifies itself as an independent community hospital.

Fitness Instructor’s Tips For Working Out After a Break 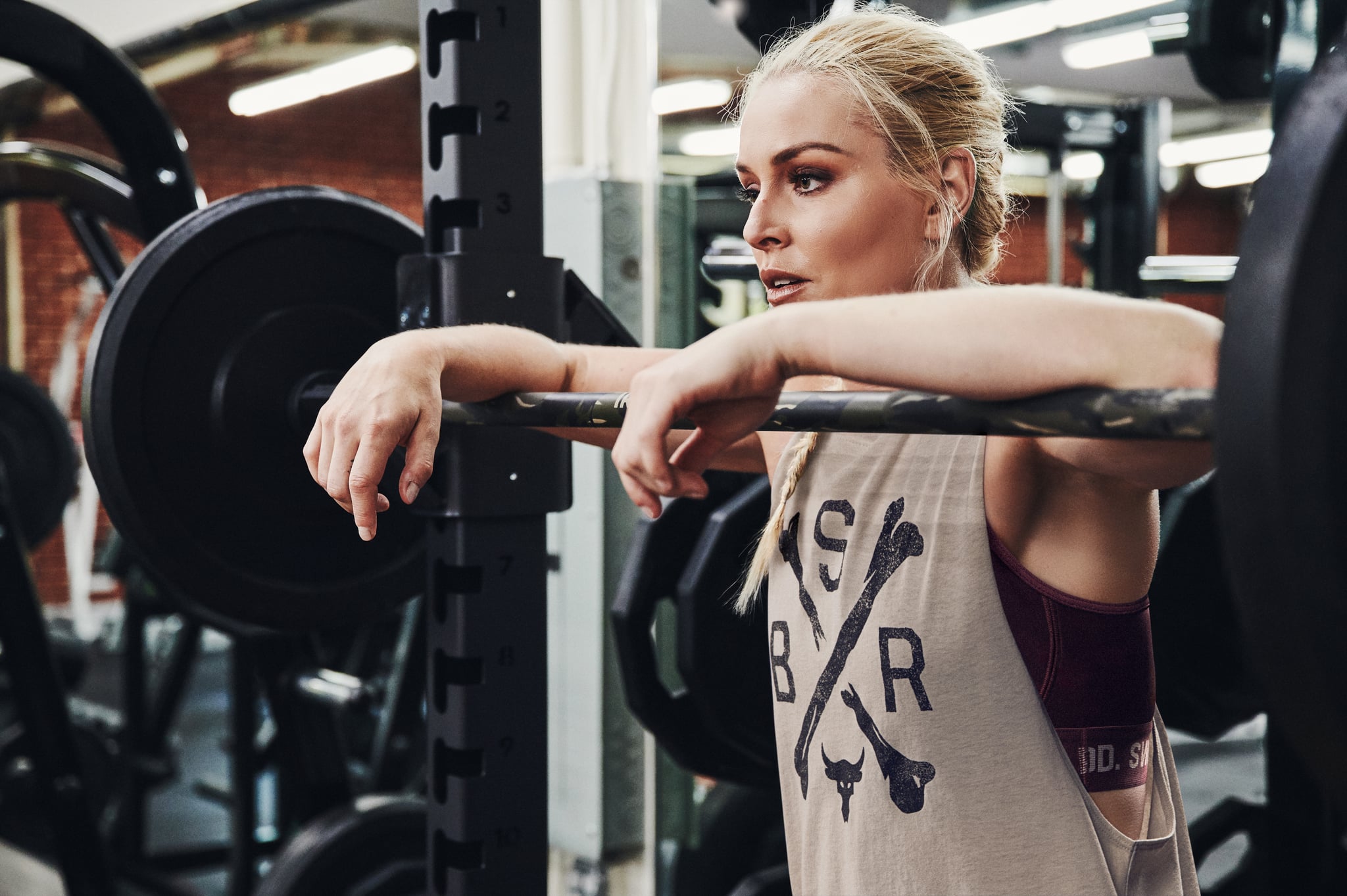 I’ve worked out a lot in the past few months. In fact, you could say I was one of those people who fully embraced the at-home gym lifestyle. But as much as I thrived with my running challenges, online workout classes, and experimental workouts, even I needed a break.

Naturally, I encourage and support rest days, but for me this turned into a rest week. And then a rest month. I took so much time off that I found myself a little nervous to rejoin my favorite online workout class. As I’ve decided to dust off my favorite UA HOVR™ Machina Running Shoes ($150) and get to moving again, I’ve found myself a little more resistant than normal.

To help me get over that fear and offer up some tips for anyone like me who may have found themselves in a bit of a workout hiatus, I turned to one of the instructors I tune into most while working out at home, Peloton instructor Selena Samuela.

Samuela, who tackles everything from running to bootcamp, shared with me her top five tips for any athlete — no matter the level — for returning to an active lifestyle after a break.

“Take your time and take the time to go back to basics,” said Samuela. In this instance, she emphasized the importance of focusing on form. “If [you’re] lifting, don’t let your ego get in the way,” she said. “It’s an easy way to hurt yourself jumping right back into where you left off. Instead, accept that you will need to build back up to it. That starts with form, good form will get you progressing faster and avoiding injuries.”

Think of the big picture

Be sure to focus on total work time rather than pace if you’re focusing on a cardio workout, explained Samuela. Although I’ve found myself frustrated that I’m not able to get my 5K pace as fast as it was in the spring, the important thing is that I’m getting out there and still able to run for 30 minutes. Like Samuela suggested, sometimes it’s important to focus on the bigger picture of the workout. Details like speed and pace are things you can always build back up.

“Do the things you enjoy the most first,” said Samuela. Whether that’s a certain sport like running, cycling, yoga, or lifting or it’s the social aspect of working out, finding what is fun to you about your workout is essential. If you prefer adding in a little social touch, Samuela suggested working out with a buddy or taking a virtual fitness class with a friend via an online platform like the Peloton App. As someone who has relied upon the fitness community more than ever before, I can attest that recruiting your friends for virtual workouts is a great way to stay accountable and excited for your workout.

According to Samuela, this is something you simply shouldn’t skip. “Make sure your

As the United States set records for the number of new coronavirus cases, states in every part of the country are reeling under the surge.

And the toll is being felt around the country.

The University of Dayton student died Thursday after a lengthy hospitalization, the school’s president said in a letter to the university community, reported NBC affiliate WDTN in Dayton. The university didn’t say whether the student, who was in his first year, was believed to have contracted the virus at the school or elsewhere. He had left campus on Sept. 13 to study remotely from home.

In Illinois, the state’s top health official, Dr. Ngozi Ezike, became emotional at a news conference where she noted the increase in the case count and that over 9,400 people have died of the virus in the state. “These are people who started with us in 2020 and won’t be with us at the Thanksgiving table.”

The Cleveland Water Department stated that the advisory was issued because disease-causing organisms may have entered the state’s water system in some Northeast suburbs as a result of the water main break.

Residents in Richmond Heights, Gates Mills, Lyndhurst, Highland Heights, South Euclid, Mayfield, and Mayfield Heights should expect to be under the advisory through Monday morning.

Locals are advised to refrain from drinking water without flushing and boiling it first. All tap water that is used for should be flushed out for at least three minutes. Water should be brought to a boil for at least one minute before it is removed from the stove to be cooled. Residents could also drink bottled water until the advisory has been lifted.

Ignoring the advisory could result in waterborne illness, which could include stomach discomfort and nausea. Those with severely compromised immune systems such as the elderly and infants may be at increased risk and should speak to health care providers before consuming water during the advisory.

Although there is a boil water advisory in effect, officials cannot confirm whether the state’s water supply has been tainted following the water main break.