By Charlotte Mitchell For Mailonline

Bear Grylls will help toughen up new recruits from next week in a bid to stop them dropping out of the Army.

Thousands of the around 100,000 people who apply to join the Army each year quit because of the rigorous fitness demands and outdoor skills required.

But the TV survival star’s bootcamp fitness company is stepping in to help put recruits through their paces before their official training begins.

Be Military Fit (BMF) is set to launch a new partnership with Army recruitment contractor Capita on Monday. 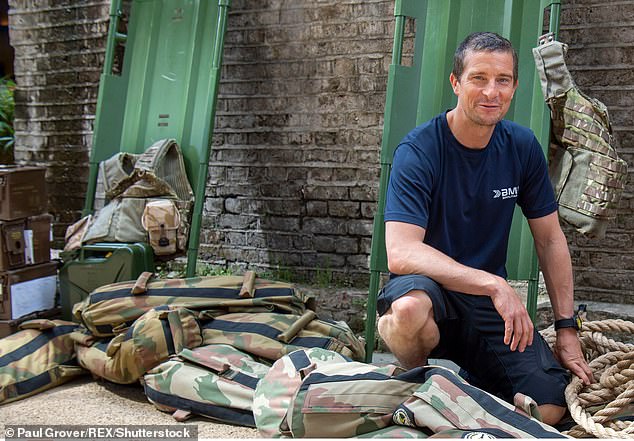 TV adventurer and former SAS man Bear Grylls is helping whip Army recruits into shape before their training begins. Pictured: Grylls takes part in a workout organised by his fitness bootcamp company Be Military Fit in London in 2019 [File photo] 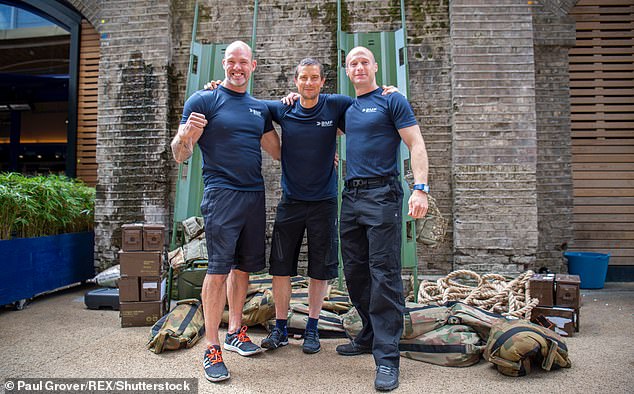 Pictured: Grylls (centre) with two BMF trainers. The company will launch a new partnership with Army recruitment contractor Capita on Monday with the aim of making sure recruits are fit enough to begin the army’s rigorous training programme

The former SAS man told The Sun that his firm will use ‘tailored fitness programmes and expertise’ to condition new recruits in order to stop so many dropping out.

‘The truth is some recruits aren’t prepared for the standard of outdoor resilience and fitness that’s needed to succeed.

‘Around 30,000 men and women are put through to day one of basic training but they lose a lot in the early days,’ he said. 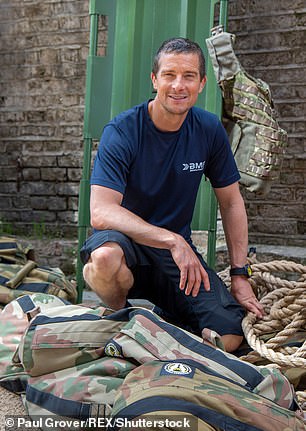 Grylls, 46, said the programme will get squaddies used to outdoor training and taking instructions as part of a team as well as giving the recruits confidence ahead of their training.

Those who attend all 15 BMF sessions will be issued with a report from one of the company’s instructors.

Grylls – whose real name is Edward – is also turning his attention to ensuring more women make it through basic training.

Some 20,000 women apply to join the Army each year but 10% are forced to quit due to the same fitness and resilience issues face by other recruits, The Sun reported.

Grylls said that women ‘have proven to be some of the most promising and tough recruits we’ve had in the Army in recent years.

‘They’re just as strong as men, and that’s why we’re going to help get more females fighting fit and