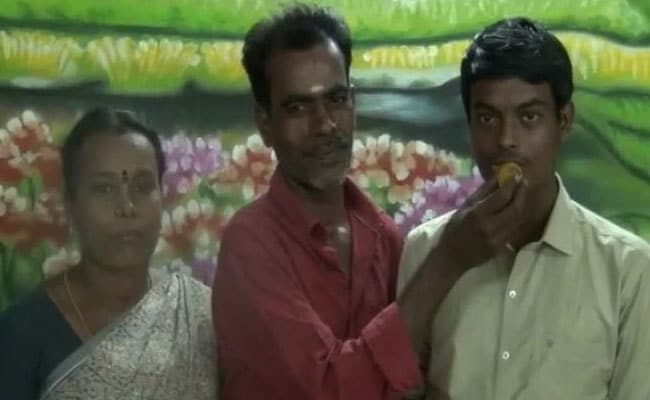 A Tamil Nadu student, the son of a shepherd father and a tailor mother, has not only cracked the all-India medical college entrance exam NEET, but topped among candidates from state’s government schools. His family, however, has no means to pay for his college fee.

“My family can’t even afford the admission fee for a government medical college. I need help so I could pursue my further studies,” Jeevith Kumar, who cleared NEET on his second attempt, told NDTV.

Jeevith Kumar’s journey so far has not been without struggle.

Even though he secured 548 out of 600 in Class 12 last year, Jeevith could only score 193 marks in the medical entrance exam without private tuition. Seeing untapped potential in the teenager, teacher-turned-activist R Sabarimala posted a video appealing for help on the social media.

Things changed for him after help came from a Good Samaritan in the US who paid Rs 75,000 to get him enrolled in a private coaching centre for a year-long residential programme that costs Rs 1.15 lakh. His teachers also pitched in to help and this time he has scored 664 in NEET.

“Right from his first day in school, I had always prayed to God to give him good teachers. They have made all this possible. He did not follow English coaching earlier but teachers motivated him to just study. I have another son and a daughter,” said Jeevith’s mother, who adds to the family’s income by doing tailoring under the 100-day work programme.

Jeevith, however, never aspired to be a doctor but took it as a challenge when HE saw many aspirants die by suicide over the last few years on failing in the test.

Asked if he could have cracked the medical entrance exam without private coaching, Jeevith said, “No way. It was the coaching that made it possible for me. I want to help many poor students like me become doctors. After becoming a doctor I’ll reach out to poor patients.”

As Jeevith seeks help to secure his future, a key bill that could help many students like him awaits clearance by the Governor.

In September, the Tamil Nadu assembly had passed a bill to reserve 7.5 per cent seats in medical colleges for government school students. However, BJP-appointed Governor Banwarilal Purohit is yet to sign it or reject it. Any further delay in passing the bill could deny opportunity for around 300 NEET-qualified students from government schools.

The Tamil Nadu assembly passed the bill after it failed to get an exemption for state students from appearing in NEET. For nearly a decade the state had abolished the medical entrance exam and made admission on the basis of marks secured in class 12. Successive state governments have argued that the NEET favours the affluent, who can afford private coaching, and denies opportunity to the poor and those from rural backgrounds who score well in class 12 but can’t afford private coaching.

So far, at least 13 Tamil Nadu students have died by suicide after failing to clear NEET or the fear of failing in the exams.