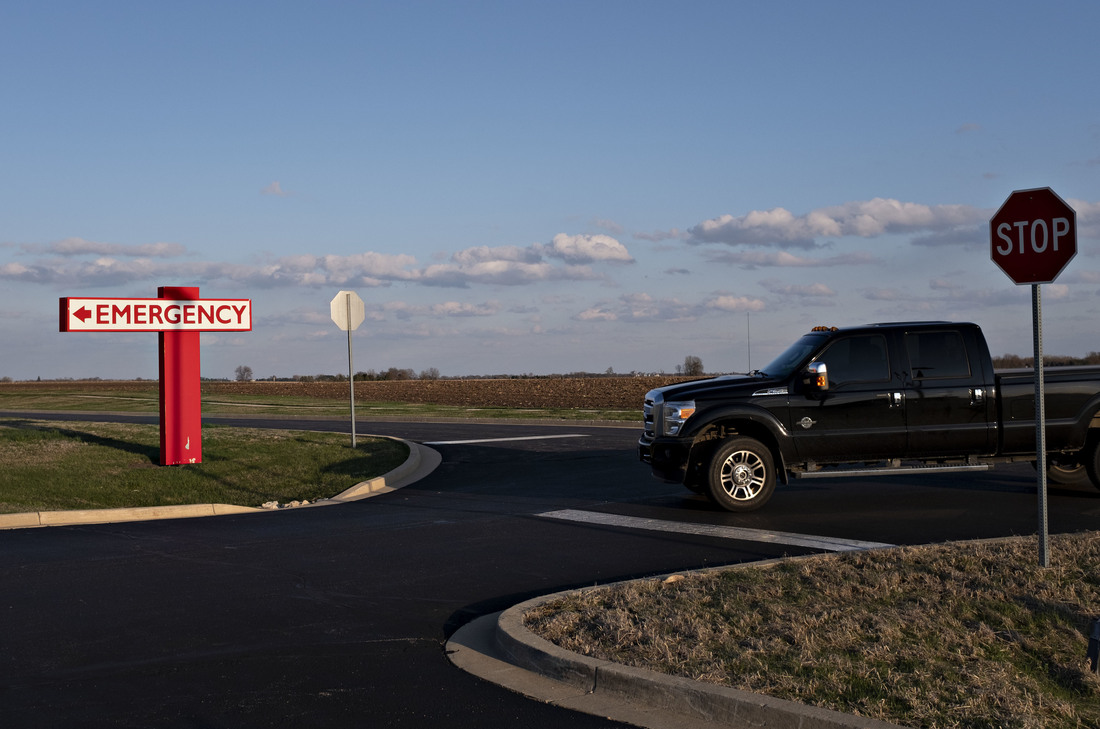 Rural communities across the country, places largely spared during the early days of the pandemic, are now seeing spikes in infections and hospitalizations. 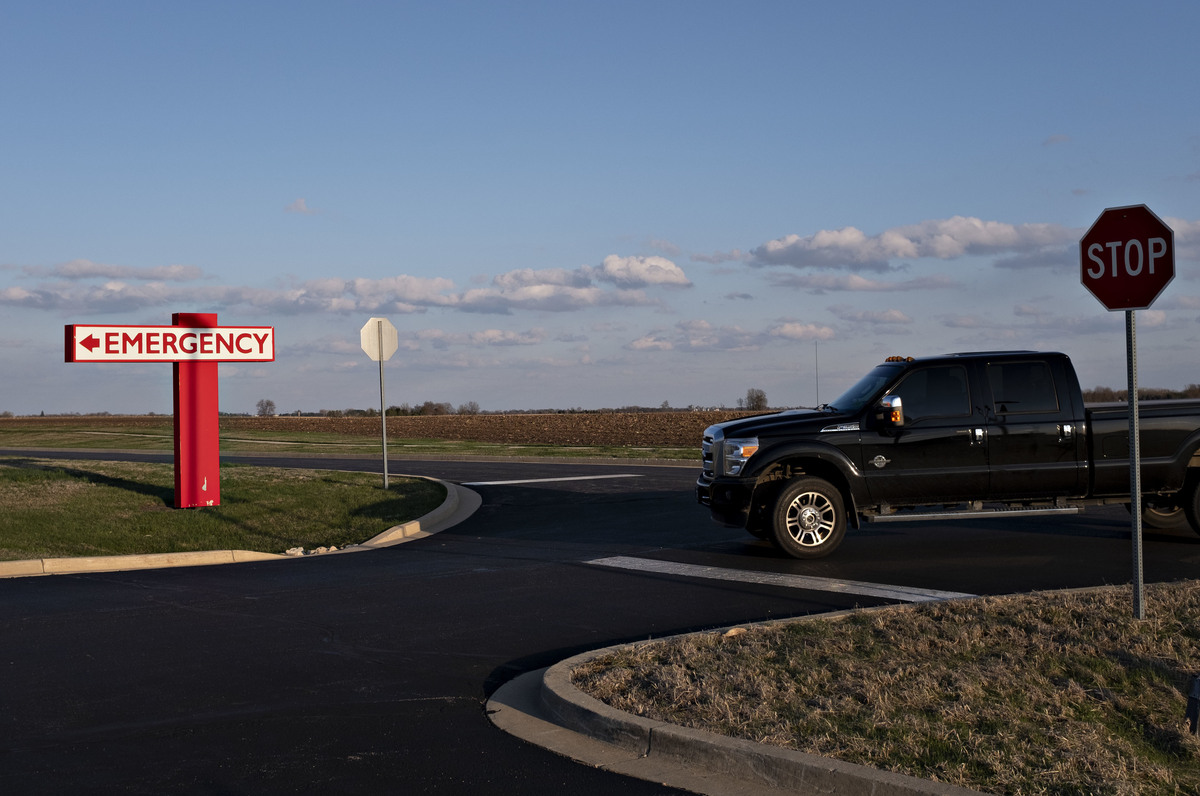 Rural communities across the country, places largely spared during the early days of the pandemic, are now seeing spikes in infections and hospitalizations.

As the coronavirus outbreak surges across the country, many rural communities — places which were largely spared during the early months of the pandemic — are now seeing an unprecedented spike in infections and hospitalizations.

The pandemic’s grip on rural America is especially alarming because many of these less populated areas rely on small hospitals, which don’t have the beds or staff to absorb a crush of patients, especially those who require high levels of care.

In early September, the rate of new infections per capita started climbing quickly in the country’s most rural counties reaching what are now record levels — significantly higher than what is being seen in the major urban areas, according to data from the Centers for Disease Control and Prevention.

There is a similar trend in smaller metro areas, although not quite as dramatic.

“Rural is not a refuge,” says Keith Mueller, a professor at the University of Iowa College of Public Health and director of the Rural Policy Research Institute. “These counties may be sparsely populated, but it also means that sparsely populated is not an assurance that spread won’t happen.”

In the Midwest, cases have climbed on average nearly 60% over the past two weeks, compared to 35% nationally. And across the country, most non-metropolitan counties have now recorded at least 100 cases or more per 10,000 people since the pandemic began — that’s almost double what it was in early September.

Even though the raw numbers may seem small compared to cities, rural counties in states like Kansas, Montana, South Dakota and Nebraska now have some of the highest rates of infections per capita in the country. And in many places, hospitalizations are also at record levels.

The surge in rural America is not uniform across the country; some communities got hit during the spring and summer for example, when there were big outbreaks at food processing plants.

This week, Ohio Governor Mike DeWine reiterated his concerns about the pandemic’s foothold in his state’s rural counties, saying that many of the residents being hospitalized are coming from those communities rather than the major cities.

“Please wear the masks,” DeWine pleaded, “rural counties, we’re not seeing the mask wearing is high, we would like to really see it get up.”

In North Dakota, Dr. Misty Anderson, an internist, is worried about the pandemic’s hold on small cities and towns like Valley City, N.D., where she lives — just an hour west of Fargo.

“I never lost any patients until recently and I lost a couple in just one week,” says Anderson, who’s also president of the North Dakota Medical Association. “It has gotten into a nursing home in our area.”

North Dakota’s hospitals are filling up and cases are at record levels.

But Anderson has noticed that many people in her state seem less willing to wear masks and follow social distancing recommendations than they were during the spring.

“It’s like every man for themself,” she says. “In my local hospital so far, we’ve been lucky, but we’re ready and prepared.”

While Anderson now practices in North Dakota, her family is from a small county of only about 1,300 people just over the border in South Dakota — a place that recently had a major spike in cases.

“One person actually said, ‘I had COVID and it was the best thing that ever happened to me,'” she recalls. “Who says stuff like that?”

In many rural communities, small hospitals rely on moving patients to major metro areas when they need a higher level of care or when there are not enough staffed beds.

“Our biggest challenge right now has been finding beds when we need them,” says Beverly Vilhauer, CEO of South Central Health in Wishek, N.D., which is about 100 miles from Bismark. “What we’re finding out is that the bigger hospitals, they don’t have enough available staffed ICU beds.”

While her hospital has two dozen beds, Vilhauer says it can only staff about six to eight beds at a time and doesn’t have a respiratory therapist who can manage seriously ill COVID-19 patients.

This situation is typical for many smaller facilities, known as “critical access hospitals,” at the moment, she says.

In Carroll County, a hotspot in the western half of Iowa, about 20% of COVID-19 tests are coming back positive.

Smith says staffing is the biggest challenge because health care workers are getting exposed to the coronavirus while out in the community.

“We are seeing greater absenteeism at work due to employee illness or their kids or their husbands,” he says.

Rural areas also tend to have an older population with higher rates of poverty and chronic disease than suburban and urban areas.

“It is very troubling to see the virus spreading into areas where a higher proportion of the population is at risk of having a severe case,” says Dr. Nancy Dickey, director of Texas A&M’s Rural and Community Health Institute and former president of the American Medical Association.

“The majority of rural hospitals are struggling, most of them on a good day are relatively short staffed and people wear multiple hats,” she says.

Once the pandemic gets into rural communities, containing the spread can be especially challenging because they don’t have the same public health resources and staff as more urban areas.

A big city can quickly open up a COVID-19 testing site and bring in thousands of people, but the same is not necessarily true in rural areas, she says.

The U.S. was expected to have a surge of cases during the fall and winter months as people moved indoors. But rooting out infections in places without adequate testing — or policies requiring facemasks — will make it all the more difficult, says Aaron Wendelboe, a professor of epidemiology at the University of Oklahoma Health Sciences Center.

“We really could have done better during the summer to prevent some cases and not be so full in our hospitals. I think that the transmission really does reflect the community’s behavior,” Wendelboe says.

Iowa, the Dakotas, Montana, Oklahoma and Missouri do not have statewide mask mandates, but Wendelboe says some local governments in Oklahoma have passed their own local requirements.

“It’s clear that those communities with mask mandates have a more flat trajectory,” he says.