Federal judge strikes down Trump rule that could have cut food stamps for nearly 700,000 unemployed Americans

A federal judge Sunday struck down a Trump administration rule that could have stripped food stamps from nearly 700,000 people, saying the US Department of Agriculture has been “icily silent” about how many Americans would have been denied benefits had the changes been in effect during the pandemic.


“The final rule at issue in this litigation radically and abruptly alters decades of regulatory practice, leaving states scrambling and exponentially increasing food insecurity for tens of thousands of Americans,” Chief Judge Beryl Howell of the US District Court in Washington, DC, wrote in a 67-page ruling, saying the agency has not adequately explained how the rule comports with federal statutes nor how it “makes sense.”

A coalition of attorneys general from 19 states, the District of Columbia and the City of New York filed a lawsuit in January, challenging the USDA rule.

The rule, announced in December, would have required more food stamp recipients to work in order to receive benefits by limiting states’ ability to waive existing work mandates. It had been scheduled to take effect on April 1, but Howell in mid-March blocked it from being implemented, and Congress suspended work mandates in the food stamp program as part of a coronavirus relief package that month.

The requirement could have resulted in 688,000 non-disabled, working-age adults without dependents losing their Supplemental Nutrition Assistance Program benefits, or SNAP, as food stamps are formally known, according to Agriculture Department estimates, which were calculated prior to the pandemic. It was expected to save $5.5 billion over five years.

Food stamp enrollment has soared during the outbreak as millions of Americans lost their jobs. More than 6 million people have signed up for benefits, as of May, a 17% increase, according to the ruling.

Nearly 43 million Americans were receiving benefits in April, according to the latest Agriculture Department data.

Hunger has risen amid the economic upheaval wrought by the pandemic. Many lined up at food banks, which distributed more than 1.9 billion meals between March and June, according to Feeding America, a network of 200 food banks and 60,000 food pantries and meal programs.

Some 10% of adults live in households where there was either sometimes or often not enough to eat in the last seven days, according to a Census Bureau survey from mid- to late-September.

In normal times, the food stamp program requires non-disabled, working-age adults without dependents to have jobs. They can only receive benefits for three months out of every 36-month period unless they are working or participating in training programs 20 hours a week. There were 2.9 million of these recipients in 2018 and nearly 74% of them were not employed, according to the agency.

The Agriculture Department did not immediately return a request seeking comment.

Overconfidence and bias are among the biggest mistakes for investors who want to protect their 401k savings.

Many seniors who enroll in Medicare are shocked to learn that it’s far from free. In fact, there are many out-of-pocket costs you’ll incur on Medicare, from premiums to deductibles to copays, which can really put a strain on your retirement budget.

The good news? With a few strategic moves, you can slash your spending, preserve your savings, and eliminate one major source of financial worry. Here are a few easy ways to keep your Medicare costs to a minimum.

You’re entitled to Medicare coverage at age 65, and your initial enrollment window begins three months before the month of your 65th birthday and ends three months after that month. If you don’t sign up for Medicare on time, you’ll not only risk a gap in coverage, but also potentially end up paying more for Part B, which covers outpatient care. Specifically, you’ll face a 10% surcharge on your Part B premiums for each yearlong period you were eligible for coverage but failed to enroll.

2. Shop around during annual open enrollment

Each year, Medicare beneficiaries have the option to change their Part D drug plans or Medicare Advantage plans during open enrollment, which runs from Oct. 15 to Dec. 7. Be sure to explore your plan choices during that time because you may find that there’s a cheaper option than what you’re currently paying for.

Also, both Part D plans and Advantage plans can change from year to year, so it’s important to compare your costs and coverage to what’s out there to make sure you’re getting the best deal, given your specific medications and needs.

3. Take advantage of the free care you’re entitled to

As a Medicare enrollee, you’re entitled to a host of free health services that it pays to capitalize on. In addition to an annual wellness checkup, you’re eligible for no-cost benefits such as alcohol counseling, depression screenings, flu shots, and other necessary diagnostic tests. It pays to take advantage of these free benefits because catching health problems early on could spare you more expensive healthcare bills down the line. 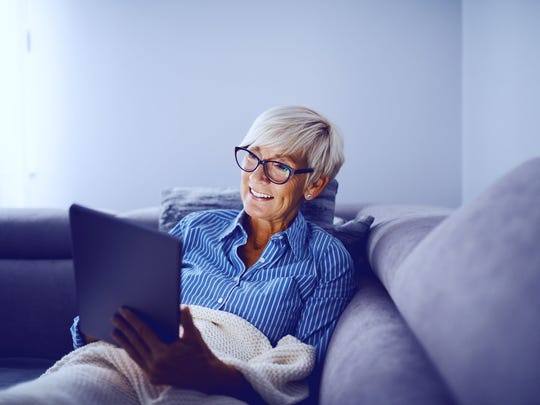 The one downside of Medicare Advantage is that it limits you to a specific network of providers. But from a cost perspective, you may find that you’re able to save a lot of money by switching from original Medicare to an Advantage plan.

Some Advantage plans charge a $0 premium, so there could be some savings in that regard (though you’ll still need to pay your Part B premiums even if you’re enrolled in Medicare Advantage).

(Reuters) – The U.S. National Institutes of Health (NIH) has started a late-stage trial to evaluate if immune-modulating therapies from three drugmakers can help reduce the need for ventilators for COVID-19 patients and shorten their hospital stay.

The study will enroll up to 2,100 hospitalized adults with moderate to severe COVID-19 symptoms in the United States and Latin America.

This can lead to acute respiratory distress syndrome and multiple organ failure, among other life-threatening complications.

The NIH said its clinical trial – ACTIV-1 Immune Modulators (IM) – will last six months, and the agency will study if the therapeutics can restore balance by modulating that immune response.

All patients will be given Gilead Sciences Inc’s

Remdesivir was one of the drugs used to treat U.S. President Donald Trump’s coronavirus infection, and has been shown in previous studies to have cut time to recovery, though the European Union is investigating it for possible kidney injury.

(Reporting by Vishwadha Chander in Bengaluru, Editing by Sherry Jacob-Phillips)